We’re certainly aware of how we’re handling our skill animation sets, as well as your feedback regarding the monk specifically. While working on any piece of the game we have to make production calls on what has the biggest benefit for the time we’re spending on it, because time is quite simply a very precious commodity. We made some choices, some that you may not agree with, to ensure a solid level of animations throughout the game. To make a call on not displaying a weapon during a skill may allow us to animate a multitude of spell casts for a demon, a higher priority animation for another character, or unique animation to ensure an in-game cutscene feels epic. Making the tough calls on when and where the game and players as a whole will benefit most is one of the most difficult things the producers, designers and artists have to do.

There are skills though that don’t fall into any of those, and just should have been showing weapons. When you gave us that feedback we absolutely heard your requests for additional animations, and we added a full animation suite to the three skills where we felt the impact would be the greatest; Dashing Strike, Crippling Wave, and Deadly Reach. For us that was not only a great use of our resources to get it done, but we thought it was a very visible way to relate to you that we’ve been listening.

So, all of that background and info said, we still have plans to make even more changes and improvements in patches released fairly shortly after release. In a patch we plan to change Exploding Palm, Way of the Hundred Fists, and Fists of Thunder so they don’t hide fist weapons. Since the idea is that these skills are about the monk using their fists, it just makes sense to allow fist weapons to continue to show. In addition, as we continued to refine the monk class and our design philosophies for itemization, our ideas about what weapons make sense for the monk have changed over time. To see that philosophy shift through we’re looking at simply giving monks the ability to wield more types of weapons, complete with full animation support for their skills.

Hopefully that explains some of our intent with skill animations, and not just with the monk, all of the same thought and care (if not more) has gone into crafting the animations for each class and their skills. We’re of course looking forward to getting the game into your hands in a couple weeks, and seeing how everyone enjoys the class they choose, and the skills they wield. 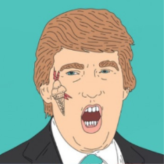