MMORPG: Let’s start off with the Living Story. Where will the small changes we saw in January lead to in February? The steam from the mountain in Wayfarer was pretty ominous.

COLIN: World-narrative wise, February continues to build the fundamentals of this story to provide more hints and growth to this storyline as it builds into the core components and takes off in March and April. The steam is indeed ominous, and some players in our community have already managed to figure out some really good information about what’s coming… While others couldn’t be further from the truth. Now they just need to figure out who is right!

This concept of a living narrative, a truly unique storyline that drives the story of Guild Wars 2 and helps change the world on a week-by-week basis while introducing new content, is a big part of where GW2 is going in 2013. This really takes the concept of a living world to the next level, where there is a unique storyline playing out in the world that drives the story and narrative of Tyria. Much like your favorite TV show, we hope as we expand the scope of living stories as the year goes on, you won’t want to miss each new release to see where the storyline or your favorite characters are headed. This concept, and the evolution of the potential of the living world, is something we’ll be building on much more as the year goes on.

MMORPG: Does the Spirit Watch PVP map have anything to do with the Living Story? Can you share the design philosophy on this one?

COLIN: In over-all theme, yes, the norn are tied strongly into the storyline occurring in Flame & Frost, and this map has direct lore ties to the Spirits of the Wild which the norn follow.

As for design philosophy, the concept behind this map is trying to add a strong “capture the flag” style element to our PvP rotation. As we look to expand the number of maps available in the game, we’re trying to push the envelope a bit on what can really qualify as a “secondary mechanic” for one of our core conquest maps. We may even allow these secondary mechanics to become more core to the map rules where it makes sense to do so.

We want a fundamental shared system of scoring and gameplay that’s easy to understand across all game types in our capture points and how they contribute to score. This makes the game more approachable and easy for newer players to learn and understand, which can help us build our core PvP community due to ease of accessibility. However, we also want to expand the scope of secondary mechanics to have them really provide a more unique gameplay experience on a map-by-map basis. By capturing the Orb of Ascension (flag) and returning it to one of the capture points, we’ve taken the core concept of our capture point and turned it on its head a bit to add a CTF element to GW2.

MMORPG: Let’s talk about the Guild Missions now, as I know my own guild is going to be stoked about them.  Can you give us some examples of how they’ll work, and what they’ll be about?

COLIN: The guild mission system is a really exciting advancement of our event system, and for guilds worldwide. The system allows people in a guild to work together to unlock guild upgrades that allow them to go on missions together. These missions can be kicked off by the specific guild that has researched that mission, but once they are activated, anyone can jump in and participate to help the guild finish the mission if they wish. The missions are designed such that some components of the mission can only be completed by the guild themselves, but each of them has aspects other players can assist with as well, so everyone has something they can do during the mission. Effectively, this system allows guilds to literally create content across the world for everyone to experience. When one of these missions is created, often times you’ll see a banner with the guilds name and emblem that created the content. This serves two purposes. It’s a great recruiting tool for guilds to find players by having them join them on missions and if they stand out, inviting them to the guild. It also means guilds will really gain notoriety on their world; you’ll get to know the guilds creating this content and those guilds will become more famous and important in the community.

There are multiple categories of guild missions that a guild can kick off, and within each category there are numerous different challenges to overcome worldwide.

To give an example, one category is the guild rush. When a guild creates a guild rush in the world at one of the rush locations, a timer begins and the rush has to be completed X number of times within the allotted time in order for the guild to succeed. If the required number (or more) of players complete the mission before the timer runs out, the guild gets a reward which can be traded for guild-wide bonuses. Anyone can help the guild get their reward by joining in the guild rush and trying to complete it, but the rush doesn’t end until the timer runs out, so everyone can get a chance to complete it even if the minimum requirement for success is surpassed.

For personal motivation, anyone who completes the rush at least once will receive a personal reward regardless of if they are in the sponsoring guild or not. Also, anyone who was in the guild that kicked off the mission receives an extra different type of reward, which can be traded in for a new category of personal guild rewards that can only be earned through the guild mission system.

MMORPG: Will there be guild missions for PVP, WvW, dungeons, or will they all be in the open world?

COLIN: On the initial release of this system, guild missions will be PvE only, and will occur entirely in the open world. The goals of this system are to help make guilds more well known on their world, provide larger motivation to join a guild, to help drive players to every corner of our open world where they will run into other players and build stronger social experiences, to create a much larger diversity of content in our open world, and to allow players to specifically create content in our world for everyone to experience. We’ll continue to expand this system in the future and add additional guild missions within the categories provided, as well as look at options for new categories of guild missions as well. We haven’t ruled out the possibility these could expand beyond PvE, or beyond the open world, but for now our major focus is on strengthening our open world experience as much as possible and making the living world of GW2 truly shine.

MMORPG: What sort of rewards can guilds obtain by completing them?

COLIN: There are a number of new rewards available from this system, from items specifically for players who complete the missions to rewards and upgrades for the guild itself. Guilds have a lot of new unlocks and really great bonuses they can purchase as a result of completing these missions. For example, you can purchase cheaper waypoint costs for your entire guild while the bonus is active.

Personal reward options vary from luxury goods and new types of items, to fun guild related stuff. One example of a personal reward you can buy I think is especially fun is a transform that turns you into your guild’s banner. It’s perfect for taunting enemies from the walls of a keep in WvW and reminding them who just stomped their face!

MMORPG: Can we touch base on the Two-Team PVP stuff?  I’m not huge on sPVP, so consider me a layperson and speak to me in small words about what it means.

This will allow new players to compete in PvP and get matched against other new players so they can learn the game against like skill levels of competition. This also means really skilled players have something to play for – their rating/bragging rights – and will get matched up against players of similar competitive skill and thus have better matches.

MMORPG: Okay now for: Daily achievements!  I’ve been doing the new dailies, well… daily, whenever I login. But I’ve really been looking forward to this system.  Can you explain how it’ll work?

COLIN: The new system will allow players to specifically pick from the list of daily achievements and complete the achievements they’re most interested in to earn their daily reward. We haven’t finalized the number, but it’ll be something like “do 5 out of 9 on the list to earn your reward.” If you decide you want to do more achievements from the list, for each additional achievement you do past the fifth, you’d also earn some bonus achievement points for your account. This is totally optional though. MMORPG: Will there be more choices now than what we’ve seen cycled so far? Are there going to be dailies that direct us to certain zones or areas too?

First, it allows us to add much more specific achievements to the rotating daily lists of options. We could ask you to go score 5 goals in keg brawl or complete 3 jumping puzzles as one of the achievement reward categories, since they are now optional, rather than mandatory.

Second, it allows us to send people to specific parts of the world and ask them to do things there, where before we could not do that because they might not be high enough level to complete that specific achievement. We could ask you to kill bosses in Fireheart Rise, or hunt down frogs in Sparkfly Fen if we wanted to in order to help drive stronger player participation in the open world and further strengthen the living world experience. (Don’t worry, we won’t do the frog thing!)

You’ll see new selectable achievements in our late February release, and we’ll continue to add new types and options down the road as the game expands and grows. It’s likely rather than having a unique rotation each day of the week; we’ll expand to have a unique rotation every day of the month to provide even more variety and a more diverse gaming experience. Of course, some achievements will be on the list multiple times over the course of the month.

MMORPG: One last question: do you guys sleep?

COLIN:  We’ll stop to sleep when the game is the best possible game we think it can be. We’ve seen the population of the game steadily rising lately and we’re not going to sit on our butts and congratulate one another, we’re going to try and build on that momentum and make the game even better. There is so much coffee in Seattle no one can sleep anyway.

MMORPG: Thanks for chatting with us, as always!

COLIN: Thanks very much for having me; it’s always a pleasure! Also, thank you to all the GW2 players out there who follow the MMORPG.com website. 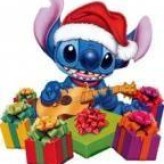