Hey all, hope you guys had a great break!

There are so many things to talk about, so instead of quoting individual people, I’ll just make a post outlining things that people have mentioned.

New features: As I said in the Guru state of the game, January won’t see any big updates. Everyone is getting back from vacation, so it’s a small patch. We’ll see bigger updates in later patches, etc.

I plan to write out a full blog for these features as they’re closer to being ready. But I can give a few details now:

That’s all I can say for now on that stuff for now. 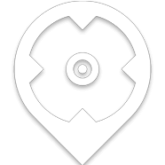